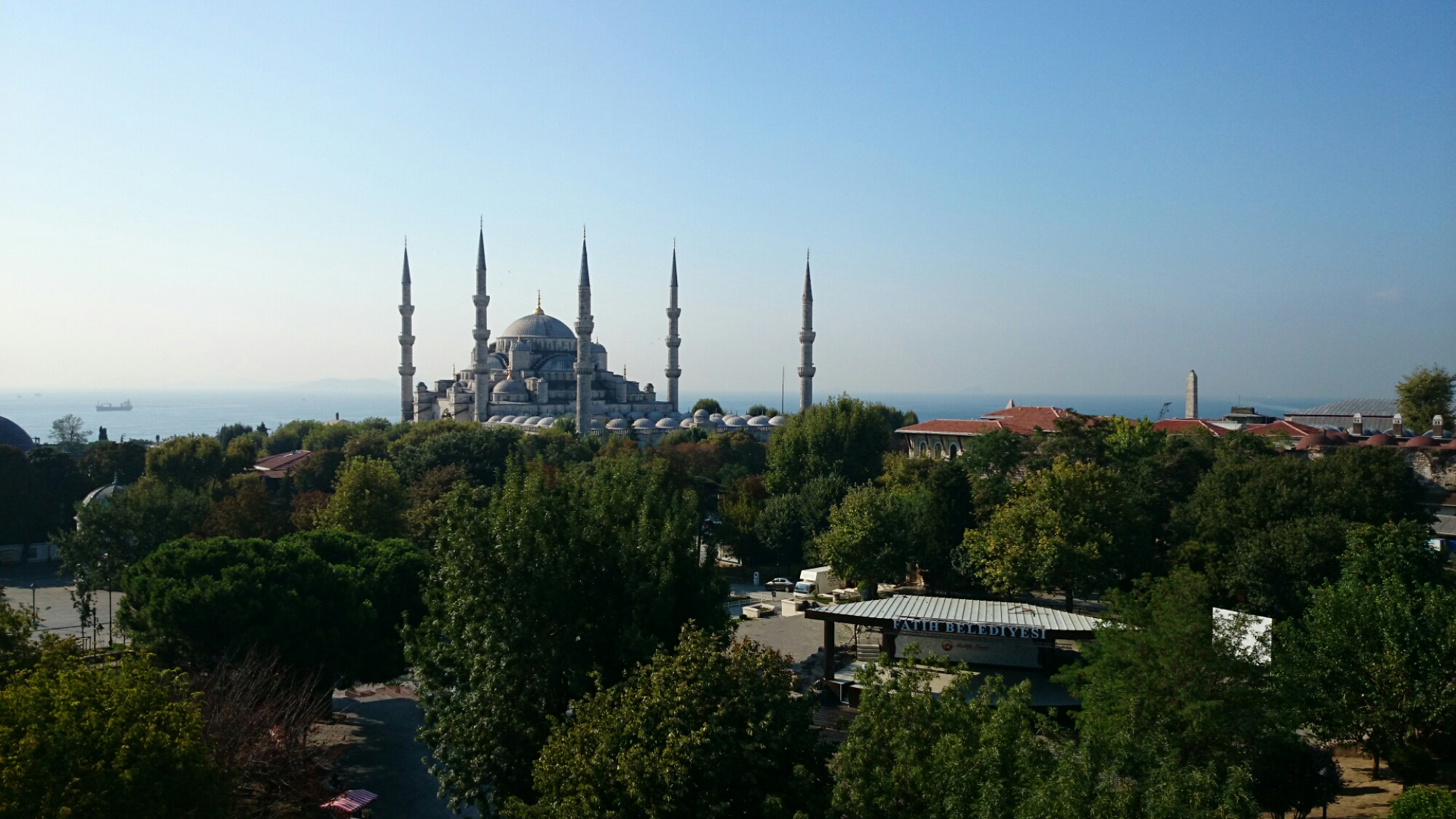 Upon Arriving In Istanbul

Well in all fairness, our hotel in Istanbul was called ‘Petrul’ which may or may not have a deeper meaning in Turkish. We didn’t bother to find out since we were too busy staring open-jawed at the way it had failed to meet our expectations.

It wasn’t terrible at first sight but as we had our hopes up for a moderately fancy hotel, we were taken aback by how Hotel Petrul dashed those hopes down its rusty sink. Our rooms were cramped, three single beds although two were placed so close together that they were sharing a double bedsheet. For me though, I was glad that it seemed quite clean but for other more seasoned travellers of the group, they were shocked at the lack of luxury.

We immediately realised a problem in our room. The A.C wasn’t working! Now after entering Turkey from cold old Britain, we certainly needed some air-conditioning but we were told that any requests shall have to wait for the next morning.

As the sun rose and the streets became busy, I woke up for breakfast which was on the top floor. It was here that I realised that the beauty of Istanbul can affect you no matter what your condition. Just take a look at this view: 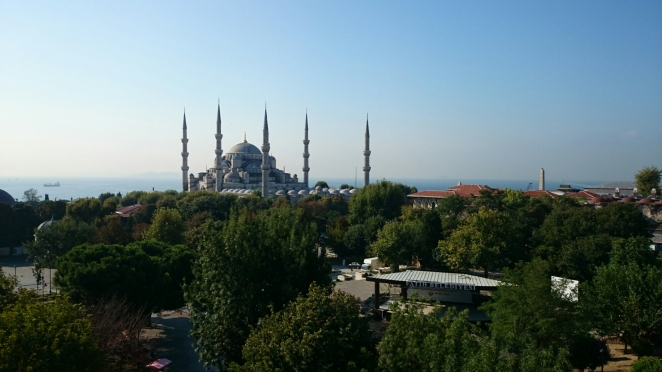 Seeing Trams on the road was definitely an unusual experience for me.

I met a very cool resident of Hotel Petrul too at breakfast.

Thereafter, the day began and we kitted up for the sun and emerged into the burning hot sun in order to visit the attractions of Istanbul.

What have your best and worst experiences been at a hotel?

10 thoughts on “Upon Arriving In Istanbul”