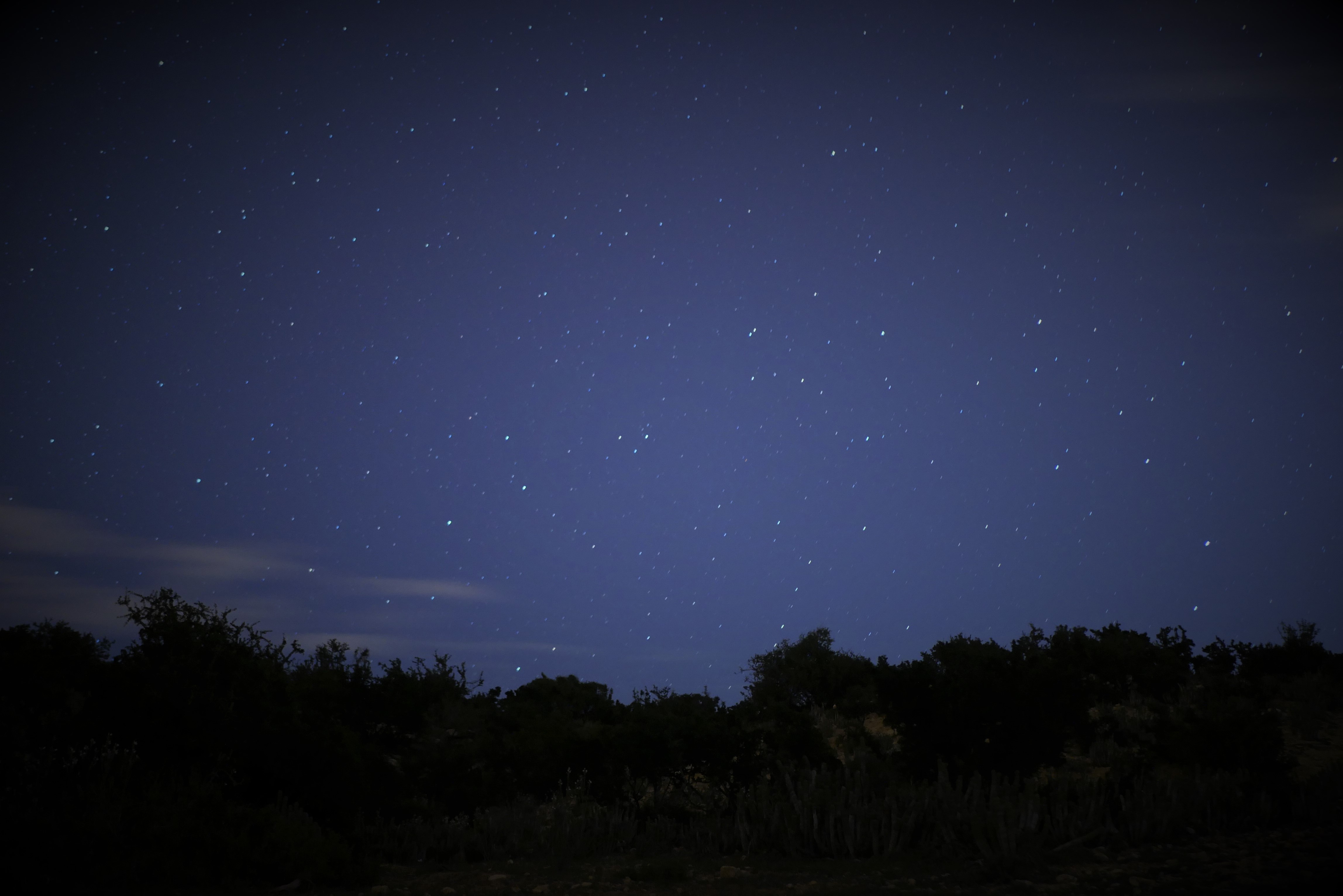 The moped’s engine clattered and clapped its way up the tarmac. The roads were bare of human activity and the derelict carcasses of buildings stood uninviting, amidst fields of rocks and rubble. We turned left and as the rocky hills rose up on either side of us, the streetlights ceased to exist. Our helmets threw large grotesque shadows upon the hillsides, the lights from our mopeds only illuminating a few meters or so in front of us. The only comforting sound was the clamor of the other moped’s engine, it would be easy to become lost and forgotten on a night like this.

Layers upon layers of rocks, pancakes pressed against each other over thousands of years. Stubborn shrub clung onto these rocks as we raced past, our presence was surely a disturbance upon the natural landscape. The hills gave way to dense bushes and as we looked up into the night sky, the stars had congregated for us in all their splendour. Here was the spot.

We dismounted and as the mopeds’ headlights switched off, the stars twinkled in the sky, competing for attention whilst distant planets stared back, bright and still. We were faced with the terrifying yet thrilling realisation of our own insignificance. It was as if we had reached the edge of our own planet but it was simply the absence of human light that allowed us to gaze into the sky and marvel at its beauty. 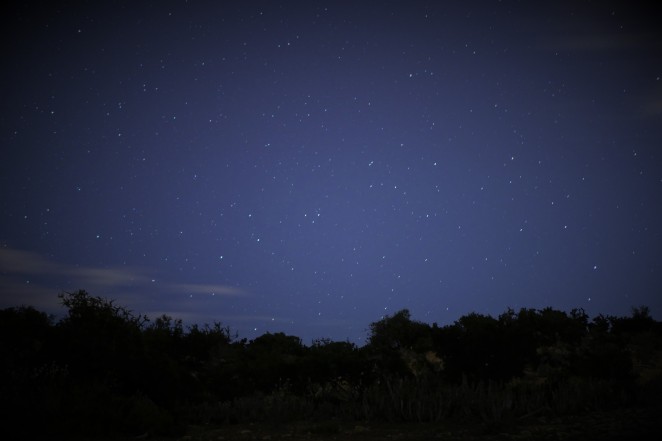 Camera out, tripod set up, we began our attempt to capture in some form the scene before us. The bitter cold had been held at bay by the eight or so layers of clothing I had worn but now it began to seep through as we stood in the middle of the dark and empty road. The howls of stray dogs echoed in the far distance but we maintained a wary lookout as the camera did its work.

A scuffle. A shuffle.

What was that? Phone lights out, we aimed them at the bushes but there was nothing to be seen. With bated breath, three pairs of wide-eyes stared at each other. Then we heard it again, more definite, clearly close. Our fingers tightened around the rocks we had picked up as our hearts soared to reach the stars above us.

9 thoughts on “Chasing the Stars”