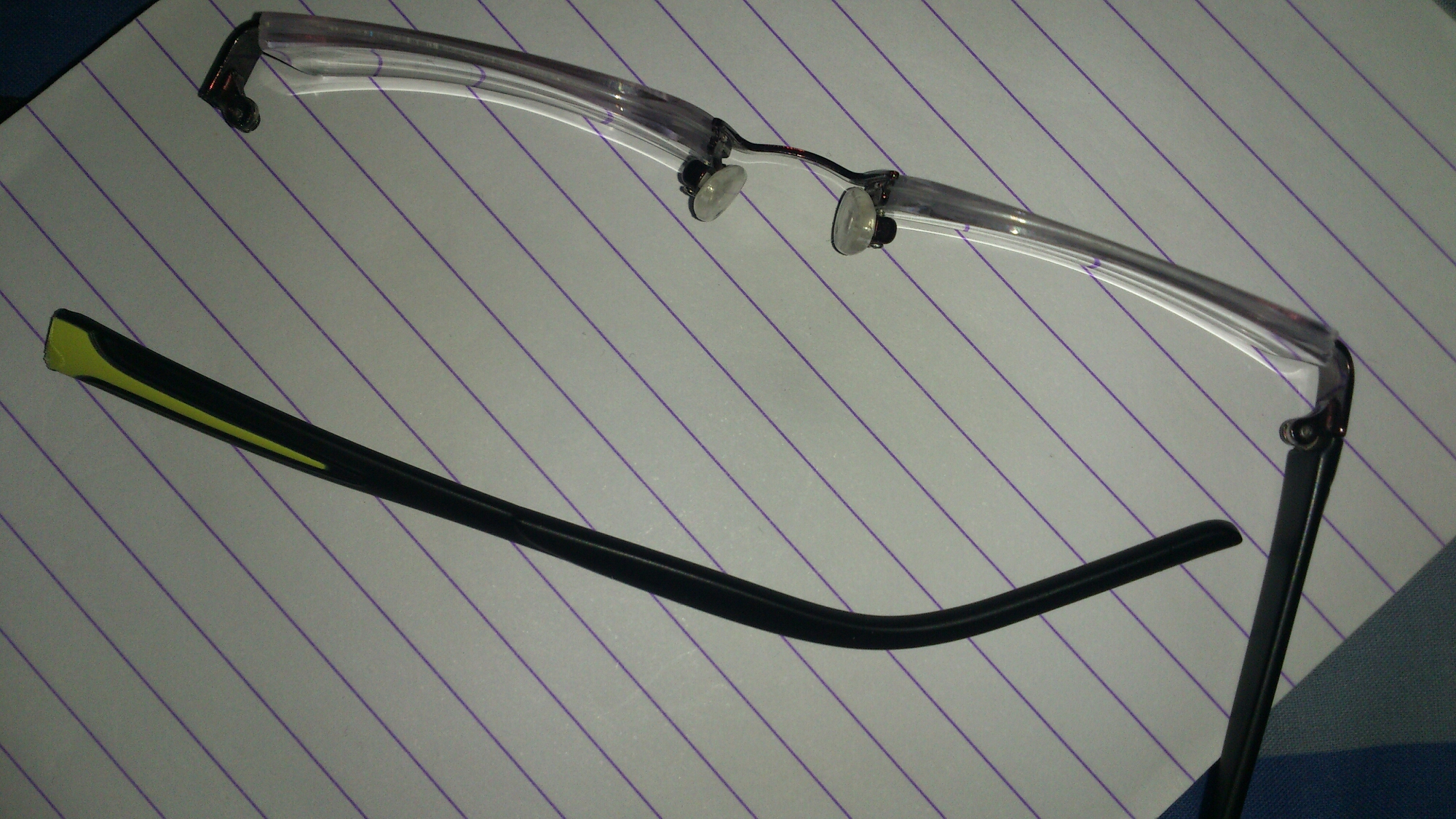 Yesterday my mum broke my glasses. I actually found it quite funny. You know that chuckle you hear inside your head when your parents do something a little wrong that they have always told you not to do? Additionally, the way in which she broke the news was entirely..cheeky! After half an hour of talking and only to stop me (play)fighting with my little brother, she blurted out that she had made a mistake when she sat on my bed and had broken my glasses.

My first reaction was oh no! Then I began to see the funny side and thus the necessary jokes about how she broke my glasses began.
“She just far**d and it broke” my little brother chuckled and we fell about laughing as we contiued to tease her whilst she made the same excuses that she refused to accept from me when I was young.

When I first began to wear glasses many years ago, I thought it was pretty cool. I couldn’t wait to show my friend at school who also wore glasses. Back then, the numbers were slight so I over the course of the year in school, I got into trouble a few times for forgetting to bring them in.

“Look at him, he never forgets his glasses!” My teacher would bark.
“Yes, that is because I can still see normally without mine” I would think to myself while promising to never forget them again.

At the same time, I kept on breaking my glasses every few months which was annoying as it meant more trips to the opticians for my parents and I. Tiring times indeed.

Now though, I rely more on my contacts which is why I am not completely at a loss without my glasses although as spectacle owner’s all know, getting up in the morning and fumbling for our glasses is almost a religious tradition of our day. I have of course, taken some steps to temporarily repair the frames. Since there was a fresh bottle of super glue lying about, I decided to abandon the beloved cellotape and use the glue. It was going well until a small knock shook the frame loose again. More glue needed!

In the meantime, I can continue to tease my mum for breaking my glasses with her b*m. Oh yes, those are the silly rhymes we must inflict upon her right?

15 thoughts on “Blurry Vision Ahead!”